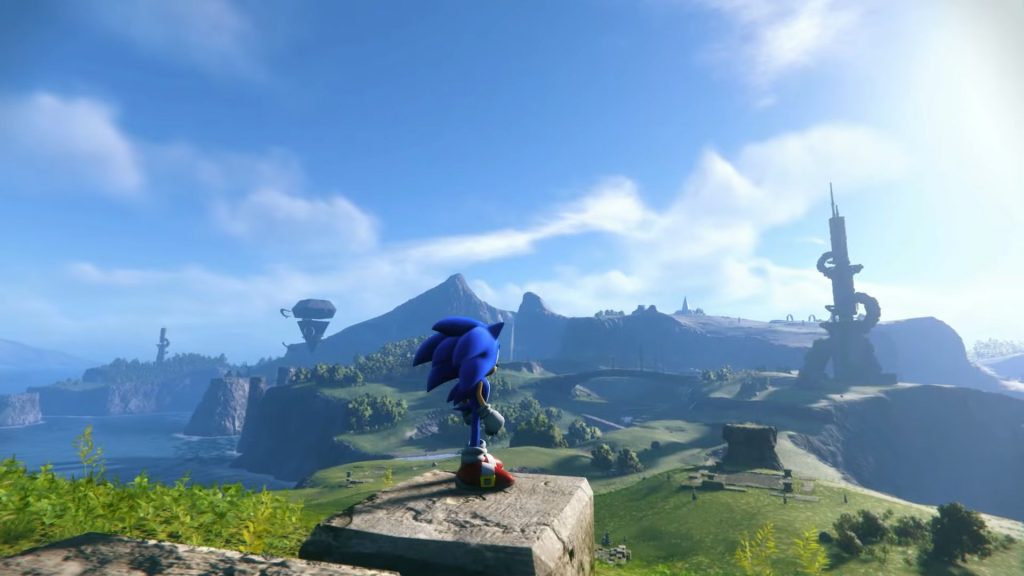 As IGN First's cover story for June, there will be world-exclusive gameplay reveals and hands-on impressions starting tomorrow.​

A new teaser trailer for Sega’s Sonic Frontiers has been revealed courtesy of IGN First. It’s the cover story for June, which means exclusive gameplay reveals, hands-on impressions and much more starting tomorrow at 9 AM PST. Check out the teaser below in the meantime.

Sonic Frontiers is set in a large open world full of enemies, puzzles (including a wheel that acts as some kind of radar), ruins and much more. Combat looks intriguing – one technique involves making a neon trail around a foe which launches them into the air for further attacks. The Blue Blur also downs a massive foe by climbing up and battering its weak point.

While dynamic weather is unconfirmed but conditions can vary from light rain to sunny. Of course, it wouldn’t be a 3D Sonic game without rails to grind and Rings to collect. Sonic Frontiers is slated to release this Holiday season for Xbox Series X/S, Xbox One, PS4, PS5, PC and Nintendo Switch.